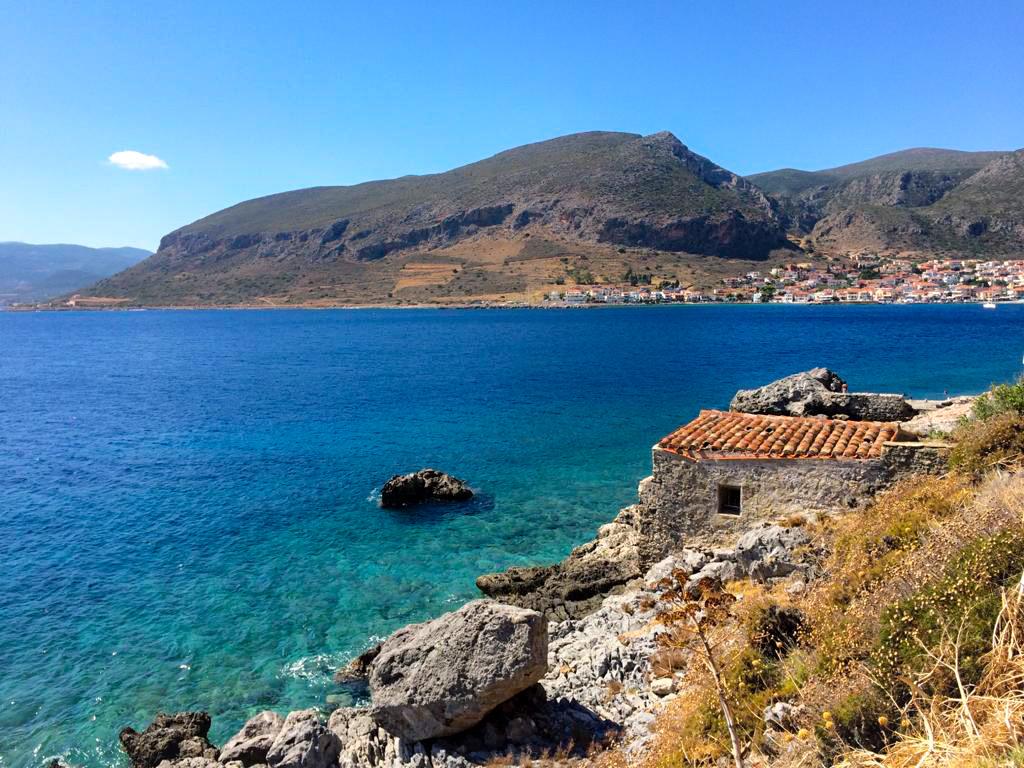 It’s common for travellers to Greece to get sucked into the stereotype of the idyllic Greek island holiday and to forget that the mainland is full of its own diverse array of treasures. A perfect example of one of these treasures is Monemvasia, a magnificent castle-town situated in the south-east of the Peloponnese. Learning about its unique character and fascinating history will inspire you to consider spending some time there on your next trip to Greece…

This refers to the town’s isolation on a small island just 200 metres away from the mainland. The town was cleverly carved into the rock face in order to limit its visibility from the mainland and avoid enemy attacks. To this day, the island doesn’t seem like much as it rises into view on the drive down the mainland’s coast; you’ll need to walk right into the fortress for its hidden beauty to be revealed.

Monemvasia remained an island until 1971, when a causeway linking it to the mainland was built.

After having been initially settled in the 6th century by migrants from Sparta, Monemvasia was then established as a major commercial centre of the Byzantine Empire. It was even briefly the seat of the governor of the Byzantine Peloponnese and was inhabited by around 40,000 people. The Venetians gained control of the town in 1460, and finally, it was ceded to the Ottomans in 1540. To this day, these unique cultural contacts are evident in the town’s incredible architecture.

4.              Monemvasia was one of the first castle-towns in Greece to be liberated in the Greek War of Independence.

The town was liberated in 1821 by Maniot general Tzannetakis Grigorakis, just months after the outbreak of a war which raged on until 1829. The first meeting of the Greek National Assembly was held at Epidaurus, not too far away from Monemvasia.

It’s a far cry from its buzzing city status in the Byzantine era. Though there are only around 15 people who live in Monemvasia year-round, its population expands during the summer months when visitors flock in from all over the world. All of its residents live in the lower half of the town, where the hotels, shops and restaurants are also located. In the upper half, you can walk through impressive Byzantine ruins and see amazing views of the surrounding Peloponnesian Gulf.

If only for its unique and distinctive appearance, Monemvasia is worth a visit at least once in your life. There’s plenty to do and see both in the town and in the surrounding Peloponnese region, like the UNESCO World Heritage sites of Mystras and Epidaurus. Once it’s over, you’ll only want to extend your trip!